Model S is designed from the ground up to be the safest car on the road, as proven by a 5-star rating in all categories of the National Highway Traffic Safety Administration (NHTSA) crash test. Much of its safety is owed to the unique electric drivetrain that sits beneath the car’s aluminum occupant cell in its own subframe. This unique positioning lowers the car’s center of gravity, which improves handling and minimizes rollover risk, and replaces the heavy engine block with impact absorbing boron steel rails.Side impacts are met by aluminum pillars reinforced with steel rails to reduce intrusion, protecting occupants and the battery pack while improving roof stiffness. In the event of an accident, eight airbags protect front and rear occupants, and the battery system automatically disconnects the main power source. Should the worst happen, there is no safer car to be in than Model S. 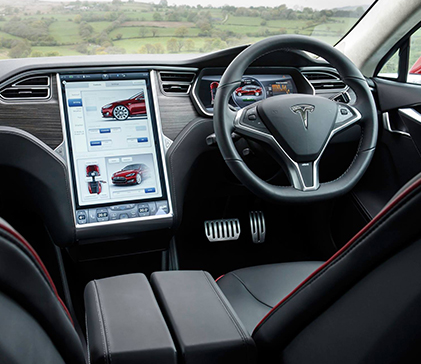 With its stubby styling and revolutionary carbon-fiber/aluminum structure, the i3 takes BMW’s driving principles to a new realm. For example: In our testing, it went from zero to 60 mph in 6.5 seconds. Driving dynamics are on hand, too, thanks to the car’s low center of gravity. The EPA estimates the range at 81 miles per charge; it can charge in three hours from a 220-volt outlet. An optional range-extending gas engine provides a total range of 150 miles and helps quell dead-battery anxiety.The automotive future according to Hollywood exists as one of two polar-opposite scenarios. Either it’s sleek and bright, filled with fast-moving pods gliding over flawless, uncongested roads, or it’s dark and dystopian, with kludged trucks and muscle cars roaming dilapidated and desolate highways. Hollywood never dreams of roads jammed full of frumpy electric hatchbacks, but the BMW i3 suggests that’s our more likely automotive future. 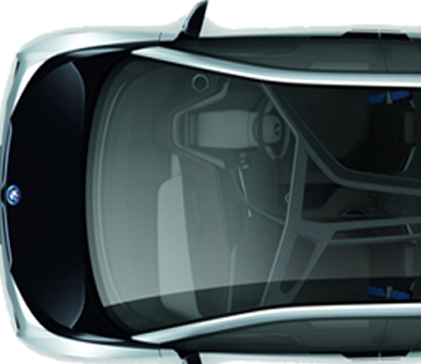